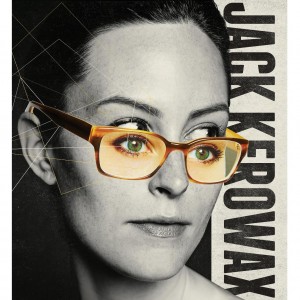 Kerowax is the debut album by The Jack Kerowax, (available on iTunes, Amazon, and St. Cait Records) a pop-influenced Americana band fronted by singer/songwriter Johnny Beauford and composed of musicians from several Dallas-Fort Worth bands. The 10-track album was recorded, mixed, and mastered solely on analog equipment at Ferralog Studios in Dallas. It’s set to be released November 25th on St. Cait Records.

The Jack Kerowax arose out of friendships, collaborations and rehearsals in northeastern Texas. Looking for sidemen to perform on what he intended to be a full-length solo record, Johnny Beauford began playing with local musicians Garrett Padgett (Deadmoon Choir), Nathan Adamson (the Hazardous Dukes) and Nash Griggs. A weekly residency at a Dallas-area cafe gave the guys time to develop a warm, fuzzed-out blend of Americana arrangements built around pop hooks. Before long, the solo project turned into a full-fledged band. The Jack Kerowax were born.

“Our influences range from classic country to Lou Reed,” says Beauford, a prolific songwriter and occasional solo artist who also fronts the rock group Bravo, Max! “Lyrically, this record is full of super condensed stories. Most of the stuff I write has some pretty dark undertones, and the music is meant to, in response, have some equally dark overtones. However, there are good times — and despite popular opinion, it is possible to be inspired by joy as easily as depression or anger.”

“The Dallas-Fort Worth area is where I was born and raised, and I chose early on to plant roots here as an adult,” Beauford says. “It is what I know. It shapes my perspective, and by default, it shapes any art I am involved with.”

The record release concert for Kerowax is November 22nd at The Twilite Lounge in Dallas.