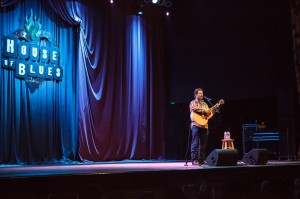 Covering topics ranging from love-making to Lord of the Rings, Nick Offerman brought his ‘American Ham‘ stand-up comedy routine to the Dallas House of Blues Saturday night. Best known as ‘Ron Swanson’ from the hit NBC TV series ‘Parks and Recreation‘ Offerman has also been in several hit films such as ‘The Men Who Stare at Goats‘, ‘21 Jump Street‘, and ‘We’re the Millers‘. He has made guest appearances on many TV series, including ‘Will & Grace‘ as ‘Nick the Plumber’, which interestingly enough, also stars his real-life wife Megan Mullally as ‘Karen Walker’… who has guest-starred as his TV ex-wife ‘Tammy Swanson’ in ‘Parks and Recreation‘. Yeah, it’s all a vicious circle.

Nick is also a professional boat builder, and wood craftsman who builds furniture, canoes, and other items at his Offerman Woodshop. Or as his website states, “Offerman Woodshop is a small collective of woodworkers and makers based out of Nick Offerman’s kick-ass wood shop in East Los Angeles.  We focus on hand-crafted, traditional joinery & sustainable slab rescue–working with fallen trees from throughout northern California & our urban LA environment.  We like to carve spoons, chainsaw stumps, plank canoes, keep our chisels sharp with stones, build pinball machines & fine furniture.  From refined modern designs to enormous Middle-Earth masterpieces, we build it all while smiling a lot.”

Sunday, Nov.17, Nick will be judging Four Corners Brewing Co.’s ‘Meat Fight‘ in Dallas, where “a dozen of the best chefs in Dallas will team up to win barbecue glory in four categories: brisket, pork ribs, sausage, and wild card.” Proceeds from Meat Fight will go directly to the National MS Society and to the fight against Multiple Sclerosis. 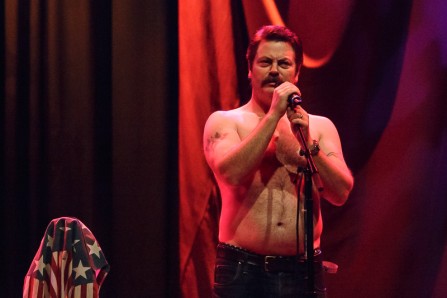 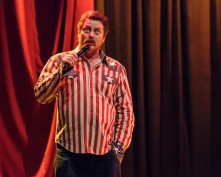 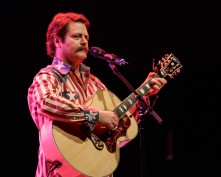 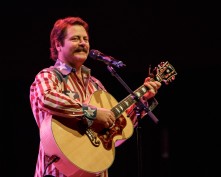 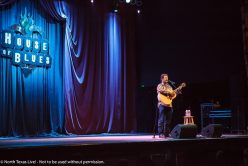 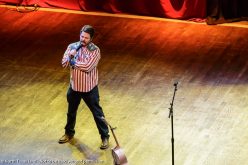 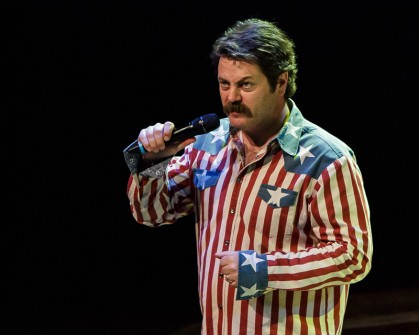 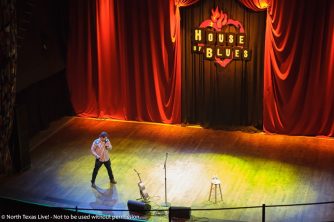 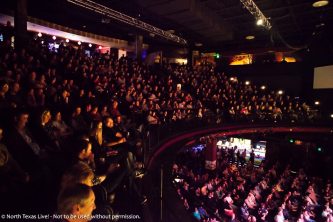