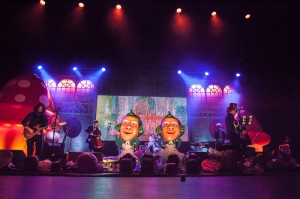 Primus with The Fungi Ensemble transformed The Majestic Theatre into a ‘Willy Wonka’ themed wonderland Sunday evening in Dallas, TX.

Performing two sets, the first consisting of classic Primus standards, and the second set supporting their latest release Primus and the Chocolate Factory, a re-imagining of the soundtrack to the 1971 film ‘Willy Wonka & the Chocolate Factory’ (based on the Roald Dahl novel ‘Charlie and the Chocolate Factory’). Released on October 21, 2014, the band secretly pressed 5 gold copies out of the thousands of milk-chocolate colored vinyl, that would win lucky fans a pair of free Primus tickets to any show for life. Their eight studio album, this is the first full length album with Tim Alexander since 1995’s Tales from the Punchbowl. Alexander underwent open heart surgery after suffering a heart attack on July 18, 2014. Primus recruited the help Tool’s Danny Carey to fill in the first handful of dates as “Herb” Alexander recovered.

Two giant inflatable mushrooms, over-sized lollipops, and large wrapped candies littered the stage, that featured a large screen behind the band, projecting psychedelic imagery from the 1971 film featuring Gene Wilder (Claypool has mentioned that he is not a big fan of the Tim Burton remake, though he maintains his love of Burton’s other works). Items at the merch-table included ‘Willy Wonka’ style chocolate bars, but with a Primus twist; “Mr. Krinkle Bars”, “Professor Nutbutter Bars”, and “Bastard Bars”. 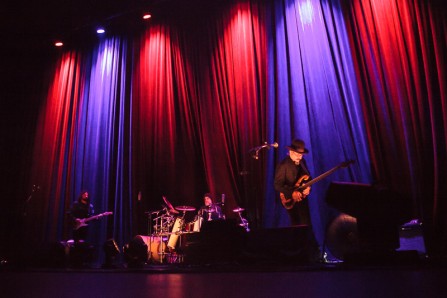 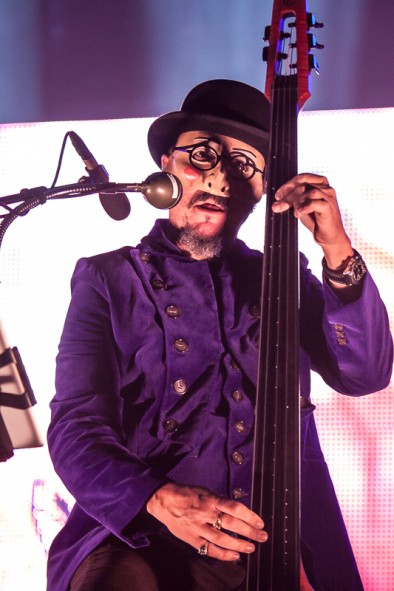 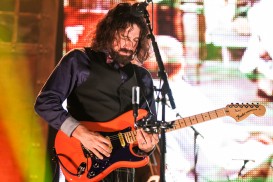 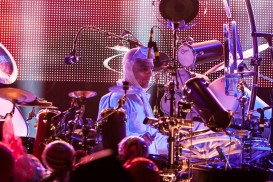 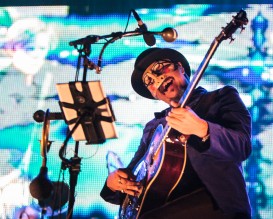 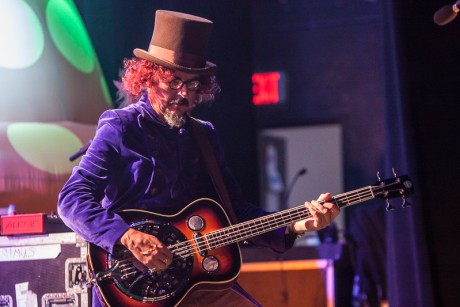 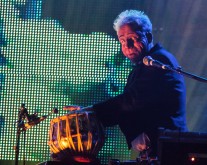 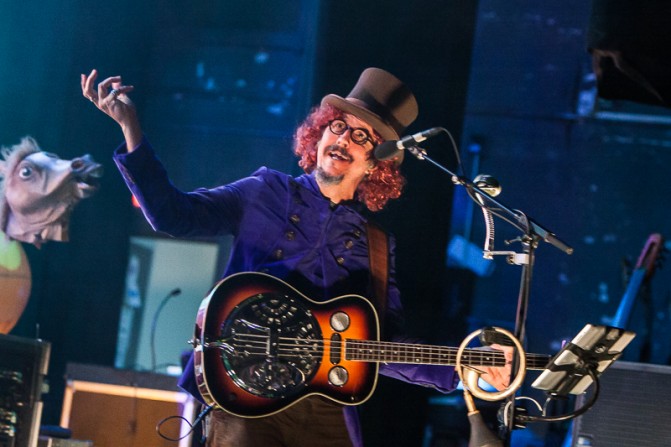