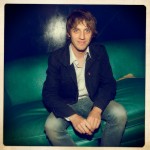 “With instrumental abilities that made him a key member of Dwight Yoakam’s band, a voice reminiscent of Jackson Browne and a Top 10 lyrical streak that makes him seem like he’s been writing hook-laden hits for years – Brian Whelan is poised to attract a much wider audience with the release of his second solo album Sugarland.

Whelan, who majored in music at USC, plays almost anything with keys or strings — steel guitar, accordion, piano. On Sugarland, he truly puts his skills to the test, playing just about every musical instrument possible on these crisp, clean, streamlined, mostly mid-tempo pop rock tunes that go straight to the heart with a sonic sense that recalls the heyday of great radio.

The album is a natural extension of Whelan’s way under-appreciated debut, Decider, and with its radio-friendliness, Sugarland should go far in spreading the word about Whelan and his ever growing importance on the Los Angeles scene and across the country as well. The world will soon know that Whelan and Sugarland are the real deal.”
-William Michael Smith, Houston, TX